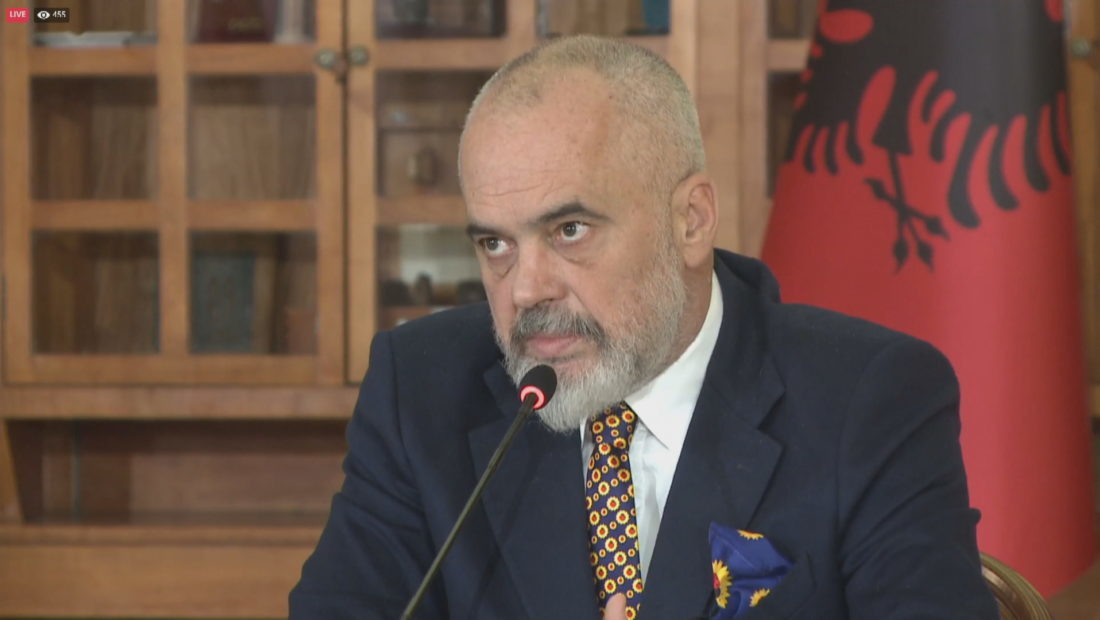 The Albanian Prime Minister, Edi Rama, held a press release with journalists and commented, among other things, the vaccination process against COVID-19; the recent coalition between the two biggest opposition parties (the Socialist Movement for Integration and the Democratic Party of Albania); and the decriminalization process regarding the candidates for the new elections of April 25th.

One day after the arrival of 15,000 vaccines from the Pfizer Company, Rama was asked by A2 journalist, Elona Gjylmi, whether this process fits his agenda in Albania. The Prime Minister declared that thanks to his persistence, Pfizer will deliver another batch the next month.

“What happened is what happens between me and those who speak English. I am the tallest and biggest beggar when it comes to the needs of our people, but I cannot turn the other cheek when others do not respect their commitments. Not only it was made possible, but we are getting 30,000 more vaccines from Pfizer in April”, Rama said.

As for the coalition signed yesterday between the opposition parties, Rama states that the fact that it was a post-electoral agreement, rather than a pre-electoral one, shows that President Ilir Meta (founder of the SMI) and Sali Berisha (founder of the DP), are planning to put the current DP leader, Lulzim Basha, under their control, to take power and undo the Justice Reform. For Rama, the real problem here is that Lulzim Basha lacks the character of a true leader when he’s told what to do.

The Albanian Prime Minister was asked about the new lists of candidates for the April 25th elections. Several members of Rama’s past local and central governments were removed from power due to the Decriminalization Law after they were found with hidden criminal convictions from their past.

For Rama, there is a law that addresses this issue, and that the problems with some individuals have been resolved, while their interest is to make sure that Albanians will have the best possible candidates. Considering these questions as banal, he declared that the Parliament has honorable lawmakers who write laws and work honestly.

“These questions seem senseless to me”, Rama said. “Communism died in 1990 and witch-hunting as a state philosophy has ended in that year. It is regrettable since our Parliament has honorable men and women who have all the attributes to be fully respected in all aspects”, Rama said. “We’ve had problems with some individuals, and those problems were addressed. We have a law that directly addresses this phenomenon, and our clear interest is to bring Albanians the best possible candidates who want to get involved with political activity”.