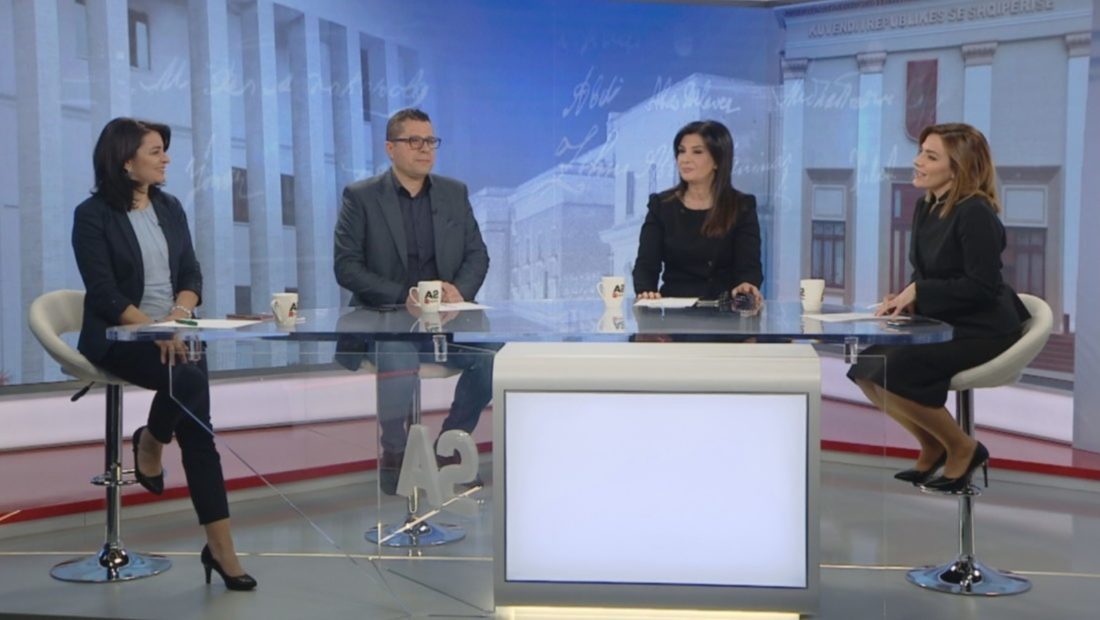 Jozefina Topalli, a former member of the Democratic Party of Albania, now running in the new elections under a new party, called “Movement for Change”, declared on A2 “Absolut 4” that the Albanian political scene no longer has left and right-wing, just parties serving to their leaders.

Topalli declared that the “Movement for Change” appeals to the courage of the people who think that this country has good chances to progress, adding that she is fighting to defend the values and principles that made her enter the political arena.

“It is a great challenge. Challenges are never easy. The Movement for Change appeals to the courage of the people who think that this country has a good chance of doing better so that the people can live here and no longer leave. It is difficult to challenge the three current party leaders”, Topalli declared.

According to her, April 25th will turn into a factor of change and hope, bringing an end to the ruling of three political leaders. “The dictatorship didn’t take place in one day. It was an entire process until the political class was overthrown”.

Topalli doesn’t see her new party as going against her political family. “I am not against my political family, but I fight to defend the values and principles for which I joined the political scene. We don’t have a right and a left-wing today. I belong to the right, because of the history of my family, because of my history. I refuse to accept the fact that the Albanian right wing is getting eliminated. I know that this would be a long debate, but I don’t think Albania has left and right-wing today, just party members serving to their leaders and that do not stand for their ideologies”.

As regards the relations with the founder of the Democratic Party, Sali Berisha, Topalli expressed her gratitude to him for giving her the opportunity to become part of politics, but people have different identities and they follow different paths.

The former Speaker declared that the current parties of the majority and opposition are unable to get more than 70 seats in these elections, which is needed for the majority. Therefore, she hopes that the Movement for Change will become an important factor after the elections.