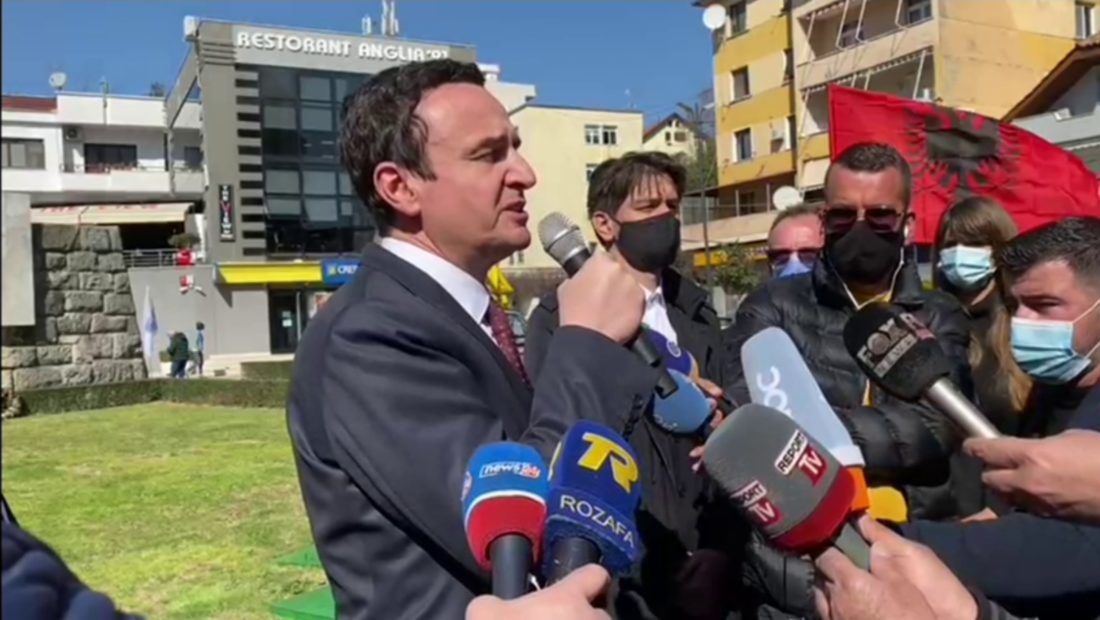 Albin Kurti, the leader of the Self-Determination Movement, Kosovo’s political force that took most of the votes in the early elections, attended a ceremony in Lezhe, Albania, which commemorates the alliance of Albanian Princes on March 2nd, 1444, led by George Castrioti Skanderbeg, called the League of Lezhe.

Albin Kurti, whose party is ready to form the new government in Kosovo, declared that Albanians must follow the path that was paved by the previous generations throughout its history.

“For a people to produce its best and most committed representatives so that they can overcome the deep crisis, they must work towards liberation, unity, and development in all sectors of life”, Kurti as he appeared by the side of Iljaz Shehu, an activist of the Self-Determination Movement and also an independent candidate for the April 25th parliamentary elections of Albania.

The ceremony was attended by several Albanian political figures from other areas of the region, such as Nik Gjeloshaj, Mayor of Tuz, from Montenegro; Ziadin Sela, MP of the North Macedonian Parliament; Shuaip Kamberi, the only Albanian MP in the Serbian Parliament, as well as other representatives from Albanian populated regions in Serbia: Presheva, Medvegja, and Bujanovc.