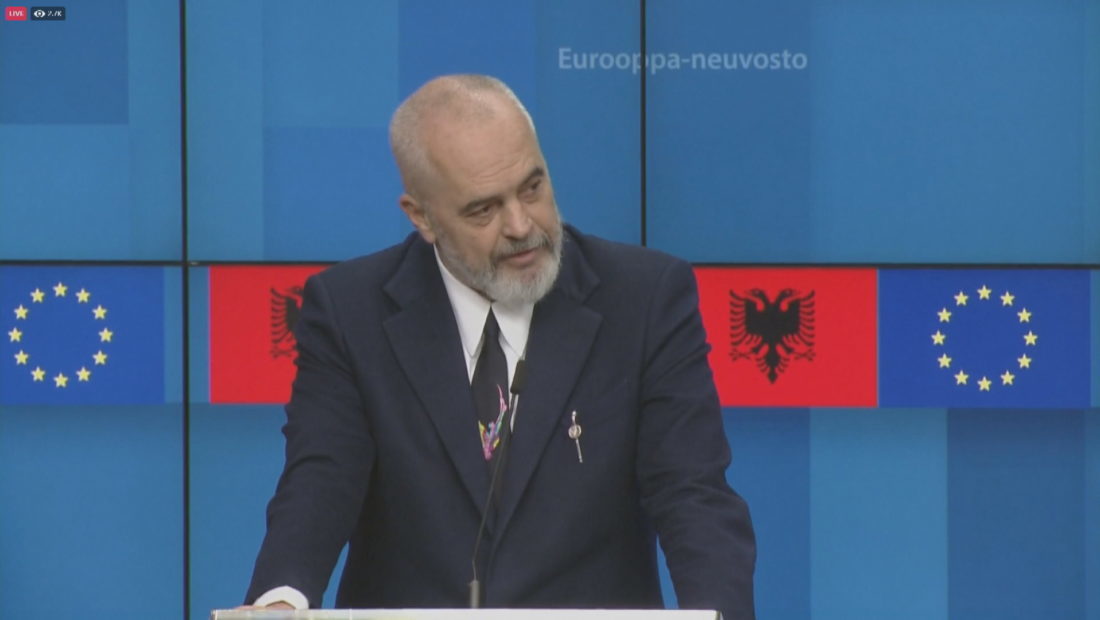 The Albanian Prime Minister, Edi Rama, declared that the first intergovernmental meeting between Albania and the EU is not only up to Albania.

“We must understand that we live in another time, which is not the best for us. When it was our time, we were the ones doing badly. Now that we are in a better shape, the time is not right”, Rama said in a joint press release with the EU High Representative for Foreign Affairs and Security Policy, Josep Borrell, and the EU Commissioner for Enlargement, Oliver Varhelyi.

When asked about the possibility of having North Macedonia negotiating separately from Albania, due to their issues with Bulgaria, Rama said he hopes this wouldn’t be the case.

“Let’s hope that we shall keep progressing together. I feared the worst as soon as I heard that there was an identity discussion between Bulgaria and North Macedonia. I hope that the wise leaders of both countries will resolve this issue among them. Our brothers in North Macedonia must not hope for solutions coming from Berlin or Paris, because that is not going to happen. They should find a solution among each other. They must leave history to historians. If Albania is told that we have done our homework right, but we still have to wait for our neighbors, there will be no problem. We are going to be together in this”, Rama declared.

The EU High Representative for Foreign Affairs and Security Policies, Josep Borrell, declared that Albania is a key of the Union, something that cannot be said for every country in the region.

“Albania is a key partner and ally in the region. They have proven their commitment to the integration process,   something that we cannot say for every country of the region”, Borrell said after the 11th SAA meeting between Albania and the EU, adding that the European Integration should be a national objective for Albania, and that excessive polarization is not a sign of political maturity.